Why Choose JetBrains DataSpell, Instead Of PyCharm Professional

JetBrains' latest integrated development environment (IDE) -- DataSpell -- targets the needs of the expanding ranks of data scientists in business, as opposed to other categories of professional who work with computer code.

Andrey Cheptsov, product manager for JetBrains, has announced that DataSpell, based on PyCharm, is now available, without pre-registration, to everyone.

"When it comes to the Python ecosystem, there has never been an IDE designed specifically for data science. People involved in data science had to use either editors, developer IDEs, or standalone Jupyter notebooks," he says.

"Only in the R ecosystem has a standalone IDE for data science actually been available."

Overall, JetBrains expects DataSpell to be a "more practical and efficient environment" for working with data. Features that relate to working with data will be prioritised, the developer has promised.

"Once Python support is polished enough, we’ll look at other languages one by one, for example first R, then Julia, and then others."

Basic support for R in DataSpell is already available, according to JetBrains.

Users involved in both data science, including database integration and development might want to choose PyCharm Professional Edition.

DataSpell is for users involved more in data science than development, Cheptsov says.

Improvements in the public-access release

During the early access programme (EAP) which kicked off in March 2021, JetBrains used the time to polish up the DataSpell notebook experience.

"We’ve made it possible to collapse individual outputs via both shortcut and mouse. We’ve significantly improved the scrolling of notebooks and notebook outputs," explains Cheptsov.

For unresolved packages in code cells, a quick-fix adds the import statement to the current cell and automatically invokes it so the user doesn’t have to do so manually.

"Remote notebook support is another area that we’re actively working on," Cheptsov says.

( Photo by Artem Maltsev on Unsplash )

Tags: Why Choose JetBrains DataSpell, Instead Of PyCharm Professional, 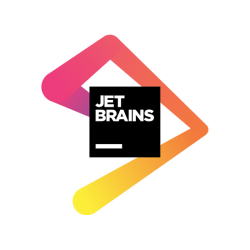