BrowserStack Automate users can run Puppeteer and Playwright tests at scale on over 100 browser versions -- with tests typically taking just a few minutes thanks to new support for both browser automation libraries.

That's according to Vignesh Piramanayagam, product marketing manager at BrowserStack.

"Both Puppeteer and Playwright have taken a fresh approach to test automation, removing the need for external drivers and controlling browsers directly via an API. This has opened up new possibilities for users in both test performance and functionality," he writes.

Piramanayagam said that Puppeteer and Playwright are developer-friendly tools that are helping teams adopt a "shift-left" approach to testing -- where testing is thought about at all stages of the development process, with testing teams getting involved earlier.

Instead of using the launch method in Playwright or Puppeteer, the connect method enables users to connect to BrowserStack and get a browser instance on which to run tests.

Tests can be authenticated with BrowserStack credentials from the Automate dashboard and optional additional capabilities to test scripts under the caps variable, passed along with the connect command, says Piramanayagam.

"Trigger your tests and watch the magic unfold as your tests execute on our cloud," he says.

BrowserStack has pre-prepared some sample tests, via walkthroughs for Playwright and Puppeteer.

"In case you don’t have a BrowserStack account already, sign up for a free trial! Every trial comes with 100 minutes of automated browser testing," says Piramanayagam.

Users can run tests on Windows 10 or macOS Mojave, Catalina and Big Sur for both frameworks, according to Piramanayagam.

"Expand your test and browser coverage to move towards full automation without impacting build time," he says.

"Isolate the root cause for every failed bug and test easily, with access to video recordings, screenshots, text logs, console logs, network logs and more."

(Photo by Keira Burton from Pexels ) 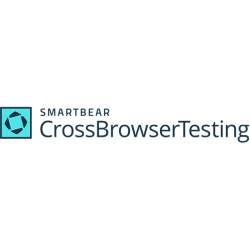