Once partners have delivered ESD licensing with security product keys directly to customers, it can pay to remind them to keep all the apps updated that will help prevent cyberattack, according to the Kaspersky team.

There are five key updates that customers need to maintain at all times: operating system, browsers, antivirus, office productivity applications, and financial software. According to Kaspersky, these are the most likely gateways for serious threats.

"Unpatched software enables a large proportion of cyberattacks, which is why developers are constantly fixing vulnerabilities in their programs, and why you’re constantly getting alerts about updates," the team says.

"Update the software, patch the vulnerabilities -- foil the crooks."

In a Kaspersky survey of user attitudes to software updates in 24 countries, many people admitted they were often tempted to click 'remind me later' when prompted to update an application.

By exploiting a vulnerability in the operating system, cybercriminals can encrypt your data and demand ransom for it, mine cryptocurrency on your hardware, intercept your payment details, discover materials for extortion, and more. WannaCry and NotPetya ransomware compromised many thousands of computers around the world, causing billions of dollars of losses, despite the preventive updates being available for download.

"Tracing and fixing vulnerabilities in operating systems is an ongoing process, so updates should be regular. This applies to both computers and mobile devices," says the Kaspersky team.

Users should also keep all browsers updated, not just regularly used browsers like Chrome or Internet Explorer but every browser present on your computer or device. Cybercriminals can inject malicious code for drive-by attacks, and people need only open a webpage to pick up the malware.

For similar reasons, banking apps and other regularly used software such as Microsoft Office should also be kept patched, with updates applied as soon as they become available.

"In the second half of 2020 alone, Kaspersky security products detected attacks by 80 million unique malicious objects," the team writes.

Talk to us about the detail of Kaspersky ESD licenses -- resellers, retailers and e-tailers can have product keys delivered digitally and directly. Electronic Software Delivery (ESD) is a digital delivery of a product key directly to a range of customers via reseller, retailer and e-tailer partners. 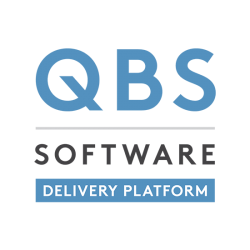