Channel partners looking for the best issues to raise with customers in the architecture, engineering and construction (AEC) sector might do well to take a look at Bluebeam's comprehensive Built blog posts.

Bluebeam, the provider of project management and collaborative software for the digital workplace including Bluebeam Revu with Studio, has been placing sustainability and cost-related efficiencies to the fore.

This Bluebeam Built article by Katrin Zeise talks about the urgent need for greater sustainability in the construction sector, with resource use one of the most pressing issues for development around the world.

"Digital software solutions are an important part of the construction process, helping users to save valuable resources from the planning stage onwards," she says.

"We must all use finite resources as sparingly as possible and minimise the production of greenhouse gases. In 2015, the United Nations put the Sustainable Development Goals (SDGs) on its agenda and the deadline for implementing its comprehensive action plan is 2050."

Zeise notes that the construction industry will play a key role in meeting these targets.

Germany as an example

In Germany alone, she notes, the building sector is still exceeding its annual emissions limit by two million tonnes a year -- which suggests that sustainable solutions must be developed fast.

The industry should look at multiple areas where emissions and resource use can be reduced, bringing in circular economy principles. This is, of course, where digital technologies like Bluebeam come in.

"Any building constructed according to this principle should benefit the environment after demolition, rather than simply trying to contain the damage as much as possible. This concept is particularly challenging for architects and designers, as it means they need to include a building’s potential second life in their plans," writes Zeise.

Zeise says that people in Germany use 227kg of paper each every year -- far more paper than many other countries. Of course, software and computers also use energy -- but not as much, with recycling itself also being resource-intensive, she says.

"Construction software pays for itself in the long term – for the environment and for your wallet."

Companies such as Plumco in Belgium have saved by going paperless and cutting the time and cost of quoting by around 80%.

James Chambers, regional director for UK and Ireland at Bluebeam, said in the article: "On average, companies are still spending tens of thousands of pounds per year or per project on printing tens of thousands of sheets of paper. Sustainability and efficiency are tangible things happening right now, in front of us, and they should be affecting everyone now."

( Photo by Alexander Abero on Unsplash ) 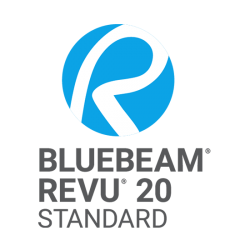 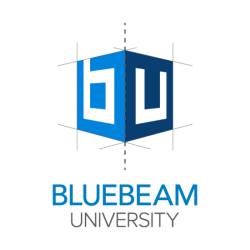 Bluebeam University
Maximize your knowledge of Revu. Bluebeam's training offerings will ensure that you find the right solution to increase the productivity of your team...
£0.00
Add to Cart
Add to Wish List Compare this Product
Buy Now Question