QBS were delighted to sponsor the 2019 Under 26 junior real tennis Internationals of the VACL (Van Alen Cup, Clothier Cup and George Limb Trophy). Matches took place during the week commencing the 24th of June at the Manchester Tennis and Racquet Club between the USA, UK and Australia.

The format for the three competitions has remained unchanged with nominated teams of 4 playing 4 singles and 4 doubles rubbers. Britain, Australia and the USA all had a squad of 5 players. The U.K. team was Robert Shenkman (Manchester), Alexander Duncliffe Vines (Queens Club), Henry Stevinson (Manchester), Ed Hyde (Cambridge University) and Henry Mullen (Bristol)

So the USA were crowned Champions in 2019. With many of the players still eligible to compete in 2 years time, all 3 teams eagerly await the next edition of the VACL! Roll on Hobart 2021! 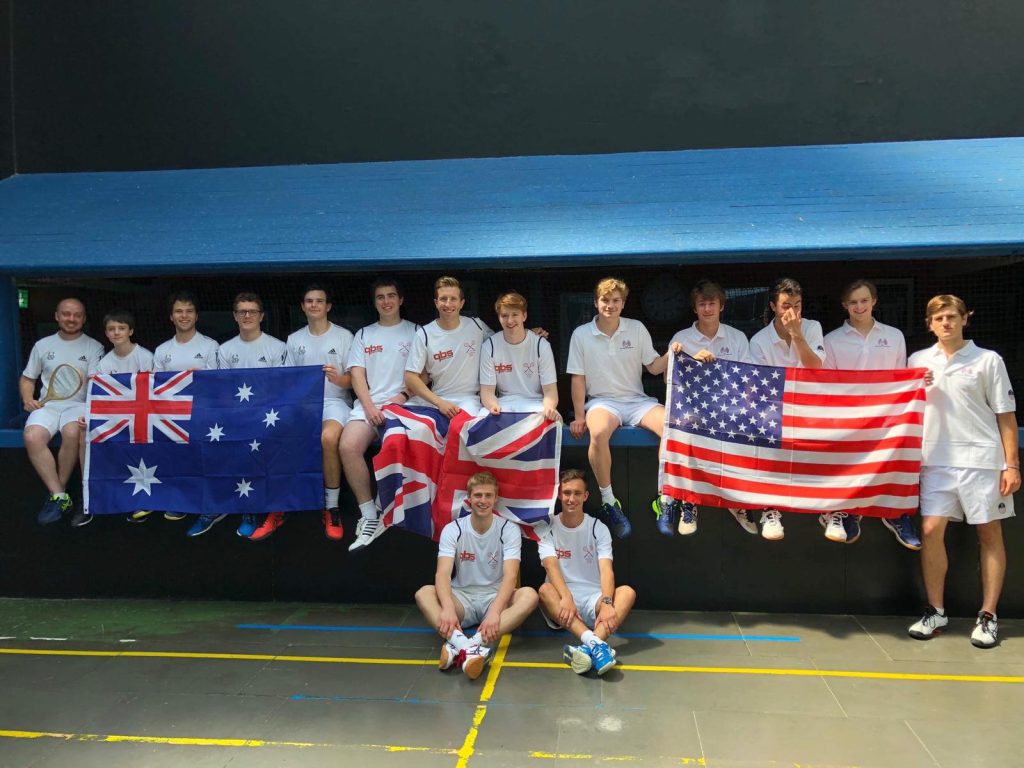